Smoking a Cuban can be great, but beware a fake one.

Cigar-smoking fans mostly has a favorite cigars and most of the cigar is a Cuban cigars.  And, if possible the premium quality likes Cohiba Esplendido, Montecristo No. 2, Partagas Serie D No.4, Hoyo de Monterrey Le Hoyo de Río Seco, Montecristo Petit No. 2 (Tubo), H. Upmann Sir Winston Gran Reserva Cosecha 2011 or Partagás Serie E No. 2 at No. 6.

What none of us recall as humorous is the experience of buying counterfeit Cuban cigars. If you’ve put down good money for what you thought was a genuine the above mention premium quality of cigars only to be disappointed when you lit up, you weren’t in a laughing mood.

Smoking a fake cigar just isn’t fun at all.

During a one presentation in Las Vegas, when the presenter asking if anyone had ever purchase a fake cigar. Not less than 50 hands out of the 500 in the room went up. After the presentation’s conclusion, the presenter repeated the question. This time 200 or more hands were raised.

Cigars are easily faked. An unscrupulous vendor can buy a bundle of simple, unbranded cigars from the Dominican Republic, Nicaragua or Honduras for $20, band them with facsimiles of Cuban cigar bands, put them in a copy of a Cuban cigar box and sell them to an unsuspecting cigar smoker for $300 or more.

That’s a comfortable profit margin. Fakes of this sort are found all over the United States. Stroll the shops of any tourist area in the Caribbean and you’ll likely find fake cigars of all types. Even in Cuba fake cigars abound.

Any tourist walking the streets of Havana, especially one that is puffing on a cigar, may be approached by locals offering cigars for sale. Will they be made of Cuban tobacco? Certainly. Will they be the products of the country’s renowned cigar factories? Almost certainly not.

The hustler will say he has a friend in the factory who gets the cigars or maybe he has ties to the government, but odds are you’re going to end up with something made of scrap tobacco or perhaps even floor sweepings. It’s not worth the risk.

Buying Cuban cigars can be tricky, but informed buyers can ensure they end up with the real deal. Buying your cigars from reputable retailers—not on the beach, not in the street, not in someone’s home—is step one to getting a genuine cigar.

The key to identifying counterfeit cigars is to familiarize yourself with proper Cuban packaging. Real Cuban cigars come packed in boxes that are marked with the distinctive Habanos seal in the upper right-hand corner on top of the box, and a Cuban warranty seal (the made in Cuba stamp) on the left.

To make it harder to copy the latter marking, Habanos S.A. (the worldwide exporter of Cuban cigars) issued a new version of this seal in March 2010. It has a hologram on the far right side and a bar code on the far left. Holograms are relatively expensive and technologically hard to copy. These additions, along with watermarks and incredibly strong adhesive, mean the label can’t be easily duplicated, and can’t be removed and affixed to a fake without ruining it entirely.

The bottom of a Cuban cigar box tells a more complete story. There you’ll see the words Habanos S.A., Hecho En Cuba, and (if the cigar is handmade, as Cuba’s best are) Totalmente a Mano. Below that will be a code for the factory in which the cigars were made, and a date stamp showing when the cigars were put in the box. Counterfeits are often missing some of these details. We’ve seen typos, bogus fonts, missing stamps, and various other discrepancies. All the markings should be on a real smoke—be cautious of any missing (or misspelled markings.)

When counterfeiters can’t perfectly duplicate packaging, they sometimes opt to strike out on their own. Glass-top Cohibas are the most prolific example. While the Cuban cigar industry doesn’t make a single cigar packed with a glass or plastic top, fakes—usually of Cohibas—with such packaging abound, particularly in tourist areas.

The most common example is a box of 25 cigars with a clear plastic top. The original idea for the transparent lid perhaps came from a counterfeiter who hoped the clear top would keep a buyer from opening the box and taking a closer look.

Genuine Cohiba Behikes, one of the hottest new cigars on the market, come with elaborate cigar bands with holograms, making them tricky to copy. The earliest fake Behikes were pigtailed cigars with regular Cohiba bands.

But recently we discovered counterfeiters who attempted to copy the band and the equally elaborate box. The box contained 25 cigars instead of 10, the squares were the wrong color, the type too large, labels were in the wrong places (they should have been on the outer box) and the box was painted rather than lacquered.

The real tip off should have been the price: $300, which translates to $12 per cigar. Even in Cuba, such a smoke would retail for more than $20.

Edición Limitadas are heavily counterfeited. The legit cigars are made in limited quantities, sell for a premium and are in high demand, making them ideal candidates for counterfeiters. Knowing your limited editions can help protect you from fakes.

There is no such thing as a 2004 Cohiba Pirámide Edición Limitada (counterfeited on the opening page.) That particular cigar was a Limitada in 2001 and 2006.

Counterfeiters have also shown creativity in the cigars themselves. A common fake is a “Cuban” cigar wrapped with two intertwined wrapper leaves, one dark, the other light, in what’s known colloquially as a barber-pole cigar.

This cigars mostly selling at the tourist area or resources. In fact, most of the fake barber-pole smokes we have seen are clearly wrapped with some Connecticut-seed wrapper (the light) and probably a Mexican or Broadleaf wrapper (the dark). It’s as far from a real Cuban as you can get.

Cigar bands are so typically misprinted— it will seen poor coloring, missing information, even misspelled words—they should always be scrutinized to check for fakes. Also be sure to actually touch the bands—counterfeits seldom duplicate the embossing that gives most cigar bands texture.

Packaging is only part of the counterfeiting story. While fake packaging guarantees that you have a fake cigar, having the right bands, the right labels and stamps does not guarantee that your cigars are real.

Get to know how a real Cuban cigar looks and feels. Familiarize yourself with the mounted head common to all Cuban parejos, know the oily sheen of good Cuban-seed wrapper leaf and recognize the typical gray ash of a Cuban cigar.

If the wrapper is jet black, the head is round and the ash burns a brilliant white, you’re not smoking Cuban tobacco. 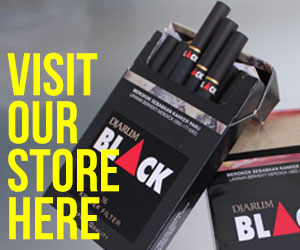