Clove cigarettes or kretek are a most popular Indonesian cigarette and still popular until today. This is concerning to the ingredient in which it is made of dried tobacco leaves, clove, and special ingredients.

There is still pros and cons of dealing with smoking, especially in the healthy aspect. For a better understanding of clove cigarette, you can read the information below.

Clove cigarettes is kretek. The word “kretek” seems unfamiliar in some countries but it is a famous word in a specific country such as Indonesia. Kretek is derived from the sound of the burning cloves.

What is kretek? Kretek is a cigarette made of tobacco leaves and cloves. In the next development, the manufacturer adds other ingredients to give a strong flavor to the cigarette.

In the term of kretek history, kretek cigarette was made in the late of the 19th century. It was originally made by a man named Haji Jamhari from a small city in Indonesia known as Kudus.

There was an interesting story behind the founding of the kretek cigarette. At that time, Jamhari was suffering from chest pain and tried to find alternative medicine.

Then, he tried to use clove oil to overcome the pain. He also tried to smoke dried cloves wrapped by banana leaves.

Amazingly, Jamhari said that his asthma and chest pain was gone and he felt healthy. Since then, people used kretek cigarette as herbal or alternative medication and became a popular thing among Indonesian people.

The Term of Flavored Cigarettes

After a few years, some experts believe that smoking is bad for health and it triggers a variety of diseases. Moreover, people who don’t smoke are disturbed with the bad odor of the smoke.

The flavor is various including apple, cherry, chocolate, honey, grape, menthol, mint, bubble gum, mint, peach, and many more. The flavor is to cover up the bad odor from the smoke of the clove cigarette.

The Ingredients of Clove Cigarette Kretek

The cloves are mixed with any other ingredients such as dried tobacco, other additives, and flavors.

Due to the ingredients, a clove cigarette kretek has a high concentration of nicotine, tar, and carbon monoxide.

Interesting Facts You Must Know about Kretek

You also need to know that there are some interesting and unique clove cigarette kretek facts. Let’s learn about those facts deeper below.

The Fact about Its Health Risks

There are pro and con related to the health risks for a smoker. Based on several studies, clove cigarettes contain a higher level of nicotine, carbon monoxide, and tar than regular cigarettes.

Because of that, clove cigarette is claimed as the cause of several diseases including acute lung damage, heart disease, cancer, and many more. 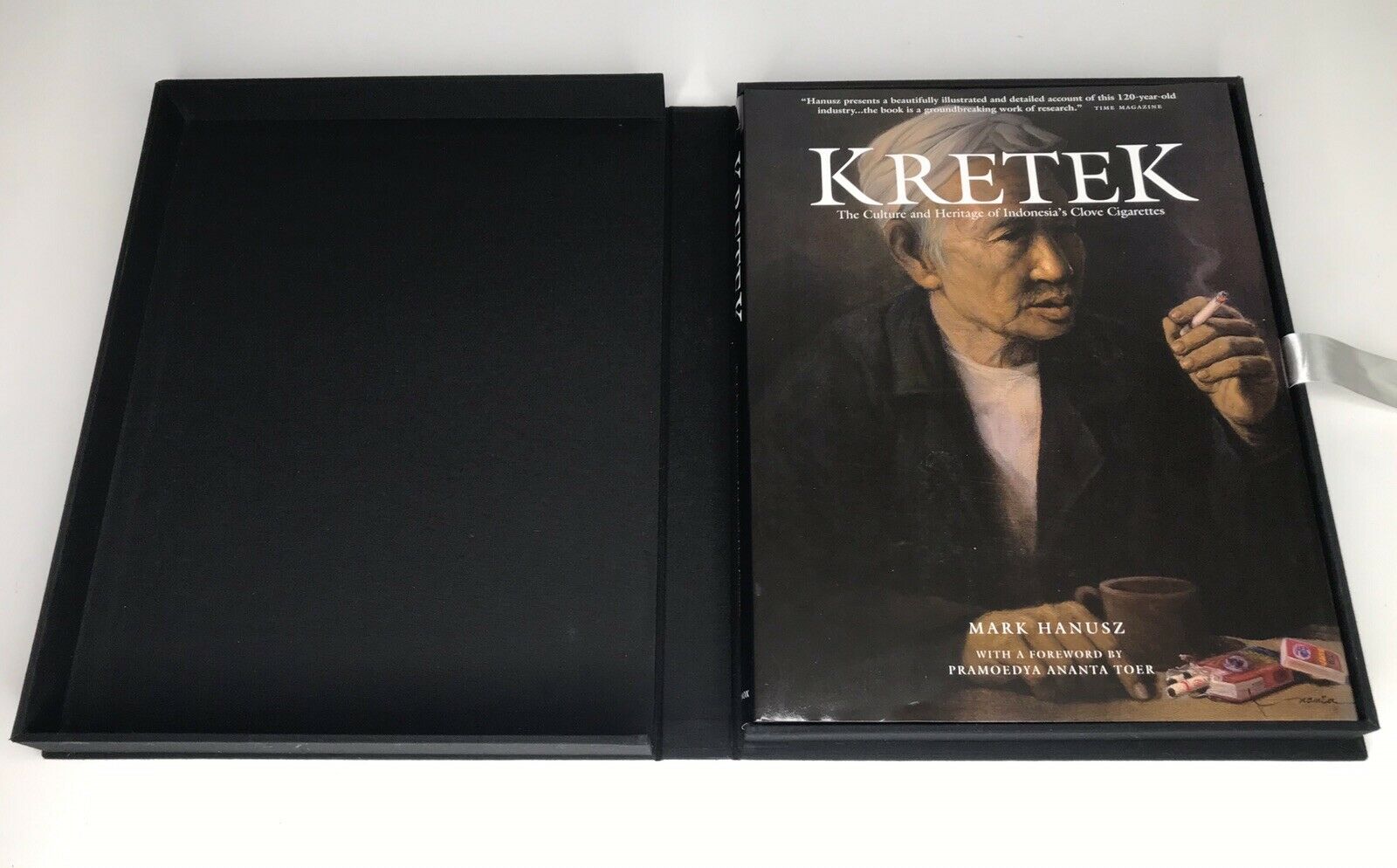 Carried on the warm breezes of a sultry tropic night, the scent of kretek – Indonesia’s indigenous clove cigarette – is the aromatic soul of a nation, the fragrant embodiment of all things Indonesian.

Bringing together tobacco from the New World and spices from the Old, kretek is a product of extraordinary historical circumstances, but its home is Indonesia, where the lingering traces of its distinctive aroma are an ever-present part of everyday life.

Featuring a magnificent selection of specially-commissioned photographs and an equally fascinating collection of rare maps, paintings, prints and other archival images,

Kretek: The Culture and Heritage of Indonesia’s Clove Cigarettes tells the remarkable story of kretek from its origins as a remedy for asthma to its ascendancy as a cultural icon.

The Fact about the Popularity of the Kretek Cigarettes

Kretek cigarettes is not only popular in Indonesia but in some of the countries around the world.

Despite the health issue, Indonesian clove kretek has been exported to several countries including Malaysia, Hong Kong, the Middle East, Germany, and the United States.

Even, One of the biggest cigarette companies in Indonesia, Djarum has a license to produce a product in Brazil and provides Clove cigarette kretek to the Latin America region.

The Fact about Clove Cigarette Kretek in the United States

Clove kretek entered the United States in the early 1980s. It was a massive trend, especially in high school and university students in California.

Smoking clove kretek is like a tradition in Indonesia. Some people do it as their daily habit. Because of that, the kretek industry grows larger in this country.

Djarum clove cigarettes are considered as one of the biggest cigarette companies which have exported its products to some countries in the world.

What do you think?

Note also that it is unlawful to even attempt to purchase cigars below the minimum age.