If you are a smoker, and even though you are not, you must be already familiar with the name of PT. Djarum.

As you probably already know, PT. Djarum is one of the leading kretek cigarettes or clove cigarettes manufacturers in Indonesia.

The headquarter is located in Kudus, Central Java. But the branches are a bunch, spread in the whole cities of Indonesia.

PT. Djarum is the parent company of Grup Djarum which runs a lot of businesses. Those businesses are managed by Hartono family which the first generation of the family is Oei Wie Gwan.

Even though the principle is the same, Djarum cigarettes can have a slight difference from one region to another.

This Djarum brand of cigarettes has a lot of sub-brands that you can choose from. Djarum clove cigarettes products for Indonesian market devide in 3 category:

Buy Djarum products from our store..

For other Djarum Cigarettes international brands, please read this articles.

Besides the cigarette business, Grup Djarum also has other businesses managed, such as a bank, electronics, e-commerce, plantation, food and beverage, and also coffee.

In 1951, Oie Wie Gwan who was a businessman and also the first generation of Hartono family, bought a cigarette manufacturer named NV Murup that was almost bankrupt in Kudus, Central Java.

Oei Wie Gwan then abbreviated the brand into Djarum. The company almost went down when a big fire crushed the manufacturer in 1963, followed by the death of Oie Wie Gwan.

His sons, Budi Hartono and Bambang Hartono took a chance to rebuild the company once again.

The cigarettes were automatically produced by using a machine with high and advanced technology.

In mid-1970, the company had officially established the Research and Development Center in order to develop its cigarette products.

The cigarette products were exported to China, Netherlands, Japan, Korea, and the United States of America.

Its successful cigarette products sold in international markets are Djarum Super which was marketed in 1981, followed by Djarum Special which was introduced in 1983 in the United States of America.

Now, Budi Hartono and Michael Hartono are included as one of the richest people in Indonesia according to Forbes.

Djarum has always been leading. The cigarette manufacturer keeps looking for new innovations and products in order to be introduced to the market. And the Research and Development of the company plays an important role in encouraging progress.

The company is always aware and recognizing that research and development are essential for the development of kretek products.

Then, it is followed by the official building of Research and Development Center in the ‘70s with the goal to develop new blends of kretek.

Djarum’s contributions to kretek development are including:

Today, Research and Development team is supported by sophisticated laboratory technology. The team consistently interacts with the marketing team in order to establish new tastes.

Besides establishing kretek flavors, the insights of the Research and Development Center team are also applied to production and manufacturing sides.

Since the cigarette manufacturer’s initial foray in the ‘70s into the international market, the exports of Djarum’s tobacco products have been quickly growing, supported by the awareness and appreciation of unique flavors of kretek.

In the present, Djarum brands are available in 5 continents. The main export markets are including Japan, Belgium, Eastern Europe, Canada, Australia, the Far East, Rusia, Netherlands, Saudi Arabia, the Middle East, Southeast Asia, and also the United States of America.

Closer to Indonesia, PT, Djarum’s kretek brand named L.A Lights Menthol is successful in Malaysia, where it is related to a trendy lifestyle.

Not already satisfied with those achievements, the cigarette manufacturer keeps producing innovative products which are designed and purposed to get new markets.

Djarum is committed to realizing Indonesia’s potential to become a well-rounded world citizen through the Djarum Foundation.

The foundation operates a number of programs in selected fields that have been chosen for their potential to make a positive difference to society.

It’s no secret that Indonesia’s badminton achievements in the world are also widely supported by Djarum Badminton.

Not to mention the support of the Djarum Foundation in planting more than 2.200 km of tamarind trees in Java, Indonesia in their Djarum Trees For Life program.

Djarum is also active in educational scholarships, through their program Djarum Beasiswa Plus (Beasiswa Djarum).

Other Businesses Outside Cigarettes

After the Asian financial crisis in 1997, the cigarette manufacturer became a part of the consortium that bought BPPN and Bank of Central Asia or BCA. BCA is the biggest private bank in Indonesia which was a part of Salim Group before.

But today, the majority shares of the bank, which is 51% of shares are controlled by PT. Djarum. In 2004, the company also acquired the contract of BOT or Build Operate Transfer for 30 years from the Indonesian government to develop and renovate Hotel Indonesia in Jakarta under Grand Indonesia superblock project.

Besides cigarettes, Djarum Group also has other successful businesses. For example, plantation and industrial forest that is managed under PT. Hartono Plantation Indonesia.

There is also an e-commerce business with a brand named Blibli.com, an electronics company named PT. Hartono Istana Teknologi with Polytron as the brand. The electronic company produces electronic devices such as refrigerators, televisions, AC, and even phones.

That is the history of Djarum and other information related to the cigarette manufacturer. Up to now, it has already launched a lot of cigarette brands, including Djarum Black, Djarum Super, L.A Lights, Splash, Bali Hai, Djarum Special, Cigarillos, Forte Djarum Coklat, Djarum 76, and many more. 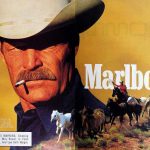 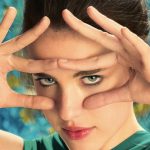