Sherlock Holmes character first appeared in 1887 in the Strand Magazine. Sherlock has a close friend, Dr. Watson, that he often helping Sherlock in some adventure of investigating some cases through the Victorian age.

Calabash pipe got the name from the gourds that create a famous shape and become popular in England post-Boer war.

Calabash pipe made with meerschaum, a soft white mineral, the shape is bent downward curve to an upward bowl pipe.

Because the pipe often in the hand of the actor during a theatrical Sherlock performances, later on the shape of pipe like that is referred to as a “Sherlock pipe”

What kind of pipe did Sherlock Holmes smoke?

And among the three, clay pipe perhaps his favorite because of its ability to provide a pure smoke and these type this time relatively rare in used of pipe-smoking.

This time the most popular is a Briar wood pipe. Anyway, here is the three Sherlock Holmes tobacco pipe that write by Sir Arthur Conan Doyle;

Take a peek at Watson’s references to a briar pipe in the original stories here:

In the dim light of the lamp I saw him sitting there, an old briar pipe between his lips, his eyes fixed vacantly upon the corner of the ceiling, the blue smoke curling up from him, silent, motionless, with the light shining upon his strong-set aquiline features.– (The Man With the Twisted Lip)

“My practice has extended recently to the Continent,” said Holmes, after a while, filling up his old brier-root pipe (sic). “I was consulted last week by Francois Le Villard, who, as you probably know, has come rather to the front lately in the French detective service.”

This pipe is mentioned the most in the Sherlock Holmes stories.

Sherlock Holmes is mentioned smoking a clay pipe specifically ‘6’ times.  Sometimes, it’s referred to as a “black” clay pipe. Then, it’s called an “oily” clay pipe.  According to pipes magazine.com, this pipe turned black because of over-use.

A cherry-wood pipe is mentioned exactly once in all the Sherlock Holmes stories and novels.

Today many of tobacco pipe producer and artisan still produce a Sherlock Holmes style tobacco pipe.  Among others are:

This pipe is a handcrafted use an African mahogany wood.  The shape is copying an original Sherlock Holmes curved pipe with a smooth finishing of light woody bowl.

The stem also very nice bent with an accent in the tenon area.  There is no band between the bowl/stummel and the stem.

The bowl elegantly carves by using special hand tools, after the carving process the sanding and following by waxing. The block meerschaum bowl pipe looks very nice and it is special. After the smoke leaves the bowl it rests at the bottom of the pipe.

There is a room in between the meerschaum bowl and the wood called as Meerschaum insert bowl.

This empty space is a rest room for smoke, that the smoke rest there until the smoker next inhale also during the resting period it leaves the moisture, unwanted taste and material in the tobacco there at the rest room. 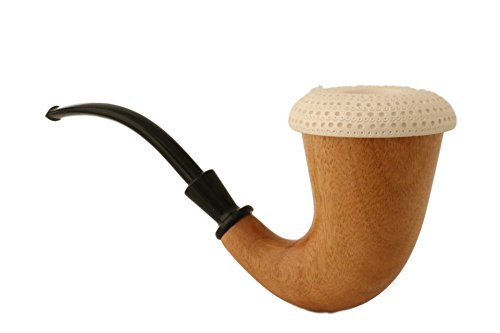 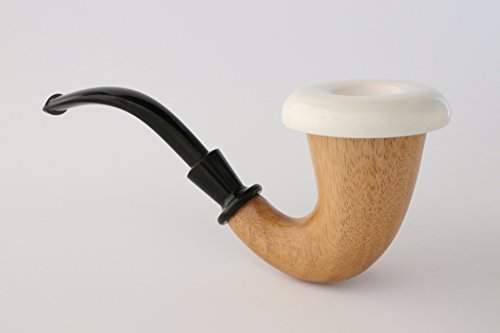 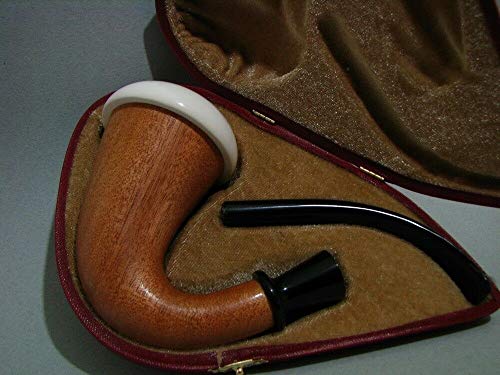 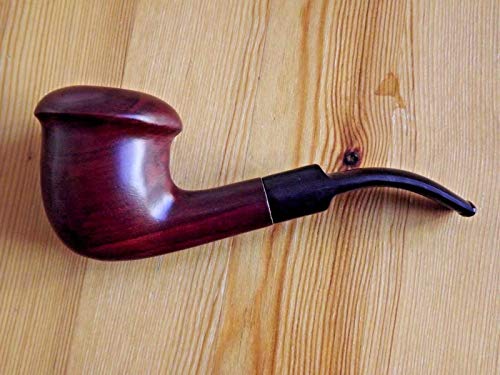 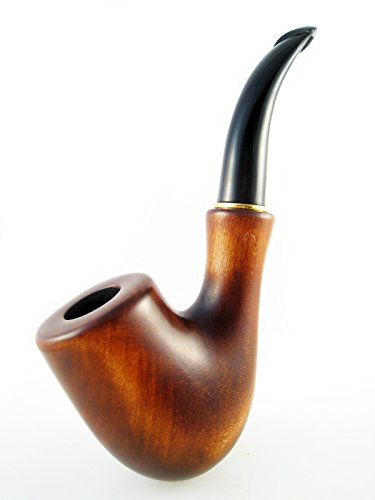 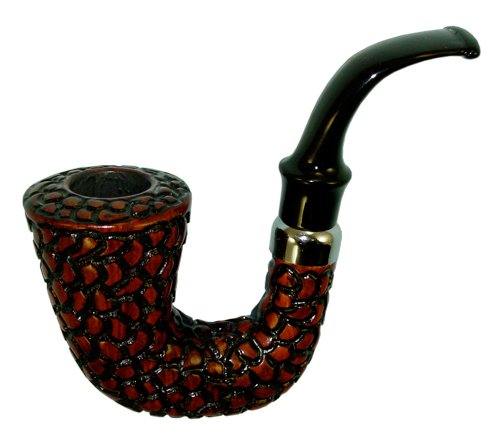