The Stanwell Army Mount Pipe not only allows easy switching of stems, also avoiding breakage that usually happens on the pipes.

Stanwell is a well known premium quality tobacco pipe that many series of pipe they already produced. During World War II, Stanwell started making pipes for the Danish market.

After the war era, Stanwell began exporting Briar wood tobacco pipe to many countries, including the United States of America, and became an important part of the Danish revolution of pipe in the US. There are so many design produced by Stanwell, from classic model to the modern design.

Stanwell now is belongs to Scandinavian Tobacco Group (STG), since 2010 the company has a decision policy to move the tobacco pipe factory from Borup, Denmark to Italy.

They still keep in line with the quality of products or even better.

Some of them, including the pipe-maker, said that Stanwell tobacco pipe is one of the best in the world.  That is not over, the fact is it is.

Stanwell still maintain their quality of products for the customer satisfaction. Their products as mentioned above become popular at the era of World War II.

Before the World War II most of the pipe smoker in Scandinavia usually smoking pipe with the tobacco pipe from England or Italy.

That situation give an idea to Poul Nielsen the managing of Kyringe Company to make a tobacco pipe by using beech wood for Danish customers, Kyringe Company itself actually a producing of a various wood products.

During that period of time, the United Kingdom well known as a single great center for pipe producers. Maybe because of that reason, Poul Nielsen decided to changes the name of the company that more sounded more much like an English name, which is “Stanwell”, as well of the company Logo with a horse drawn carriage.

Not only the company name and logo, Poul also changed his last name from Nielsen to Stanwell.

To support the production, Stanwell has a good relationship with Sixten Ivarsson, originated of modern Danish tobacco pipe maker and Jess Chonowitsch, most of the Stanwell pipes shape designed by them.

Since 1969 the Stanwell factory move to a Borup town, outside of Copenhagen, and that location is close to Ivarsson.

This time Stanwell produced annually not less than 300,000 tobacco pipes.  The Stanwell products become more popular since they producing a sandblasting finished pipe. According to many pipe retailer, smoker or even factories, Stanwell has a reputation for excellence in sandblasting that is used by many Danish carvers.

Many of pipes that they sandblast are then observed and used as starting point for Stanwell shapes with the consent of the original carvers.

Finally, it is recommended to you all to have at least of Stanwell tobacco pipe on your collection.

Most of Stanwell pipes available at the online shops…. 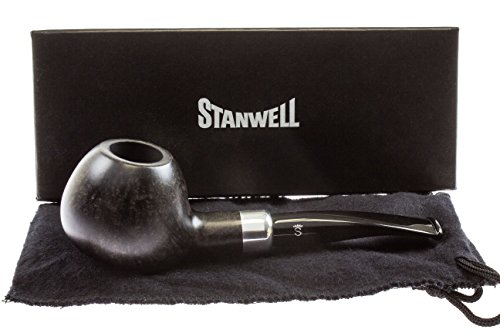 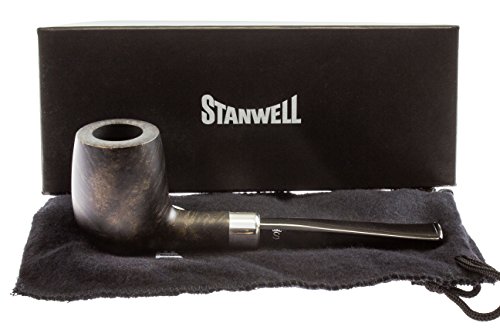