Cigars are considered to have a higher class than ordinary cigarettes. In the world, cigars are a favorite of celebrities. From athletes to actors to the president.

For Fidel Castro, the coolest man in the world is none other than Ángel Castro y Argiz, his own father. Castro senior was an immigrant from Galicia, northwestern Spain, which later became a successful sugarcane plantation skipper in Cuba. He celebrated Castro’s maturity ceremony in a unique way: giving him a cigar and wine when the son was 15 years old. 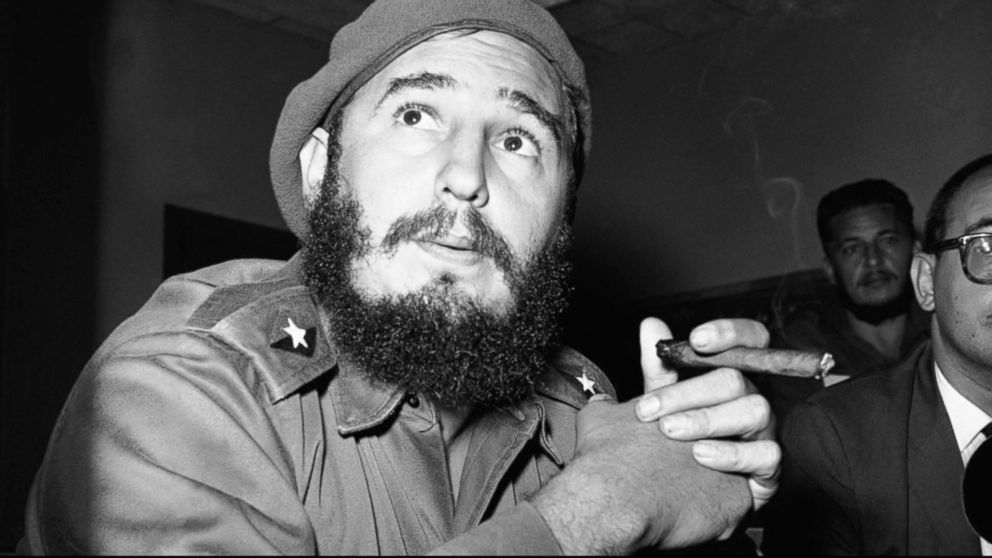 “My father smoked cigars and drank Spanish wine. He taught me about those two things,” Castro said in an interview with Cigar Aficionado. Castro remembered that day very well: his first puro. Puro is a term for a cigar that all parts are made in one country. In other words, the puro – from the pure Spanish diction – which Fidel smoked that day was a pure Havana cigar.

Later, in a biography titled My Life, the Cuban leader admitted his first experience smoking a cigar like a virgin who was confused about how to make love. “Luckily I didn’t smoke the smoke. But still, you will absorb a little nicotine, even if you don’t smoke at all.” Castro is one of the world leaders who are very fond of cigars. Besides himself, the other character who most often smokes cigars is his best friend, the lifeboat of the revolution boat: Ernesto “Che” Guevara. Slightly different from Castro — who was a big fan of cigars since the age of 15 — Guevara was a little more permissive. Whatever the model is made of tobacco, he wants to suck it.

However, the best — cream of the top — is Cohiba. The rumor, this is a cigar that was rolled specifically for Fidel Castro’s tastes. Gringos may hate and disagree with anything Pak Brewok does. But you have to agree on one thing: his taste for cigars is very high. Initially, this cigar was made for diplomacy prizes. The best Corojo and Criollo tobacco have long been cultivated. No wonder if it feels heavy because nicotine is more mature. The price is the most expensive. One stick can be pegged at $69 USD. 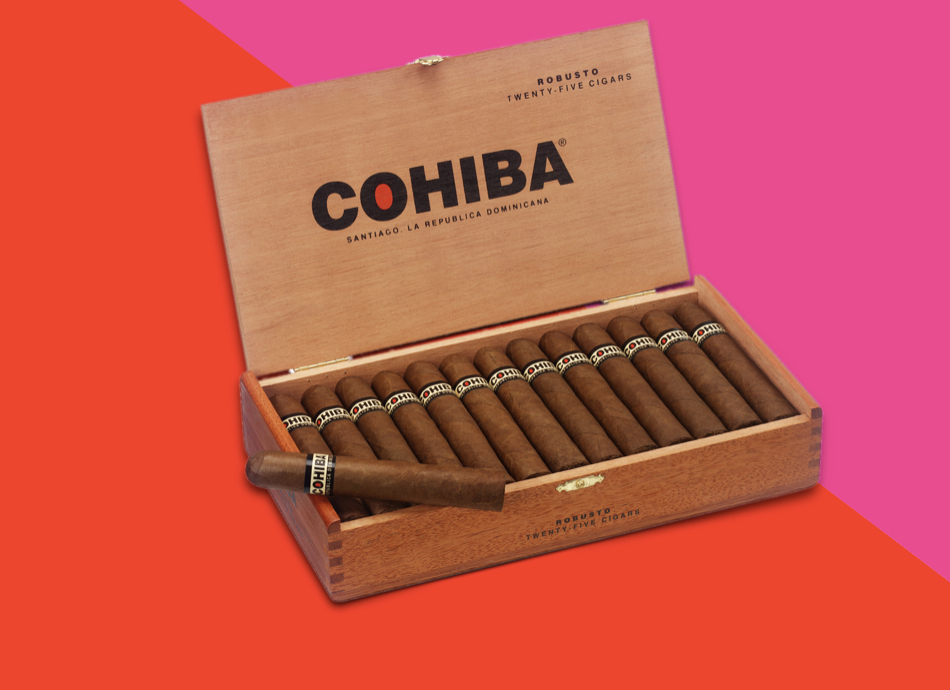 Waves of Cigar DistributionIn the book Cigar Cool (1999), the United States is said to be the entrance for the spread of cigars throughout the world. The first wave of cigar arrivals to the country of Uncle Sam occurred in the 18th century. One of the biggest waves of this occurred when a cigar businessman named Vicente Martinez Ybor in 1869 moved his cigar operations from Havana, Cuba, to Key West, Florida. Then in 1885 moved back to Tampa, Florida.

Cigars later became more popular in the United States since it was enjoyed by many celebrities. From athletes like Babe Ruth, actors like Jack Nicholson, the Al Capone mafia, to Presidents Bill Clinton and John F. Kennedy. 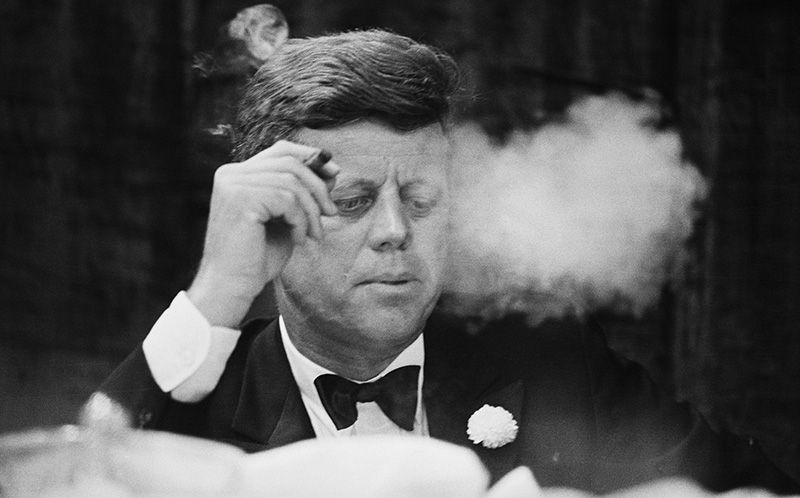 Kennedy liked the Cuban cigar Petite Upmann. How Kennedy satisfies his passion for cigars while affirming political attitudes, can be a shrewd or cunning example of a first-class politician acting — depending on your glasses. On February 6, 1962, Kennedy ordered Pierre Salinger, who was the White House press secretary at the time, to buy 1,200 Petite Upmann cigars. The time is only 24 hours. After getting 1,200 of his favorite cigar sticks in the morning, Kennedy signed a trade embargo against Cuba. As a result of the embargo, US citizens were prohibited from buying Cuban cigars.

While cigar manufacturers in the US are not allowed to import Cuban tobacco. Cuban cigar lovers are foggy. Cigar factories in Cuba are short of buyers. But Kennedy could casually smoke the cigar he had secured. Coupled with the nationalization of assets by the new Cuban government led by Castro, many cigar manufacturers there moved to new locations, especially Dominica. Some of the factories that were taken over by the state included Hoyo de Monterrey, Upmann, as well as Partagas.

Until now, cigars still hold a strong elegant image. Cigars are considered more classy than cigarettes. Whoever can smoke a cigar, he is considered a successful person. Such an image can not only be found in Western countries. Even in Jember, East Java, cigars also have the same image.

Abdul Kahar Muzakir, a tobacco expert in Jember, has the pleasure of smoking cigars from Havana tobacco he planted himself. He wanted to have a cigar factory but was confused to find a name. One morning, while enjoying a cigar, a few children passed by in front of him. They look impressed with cigars, whose appearance and size are very different from ordinary cigarettes. “Wow, no boss,” they said in Madura. Meaning: Wow how come like a boss (smoking a cigar). 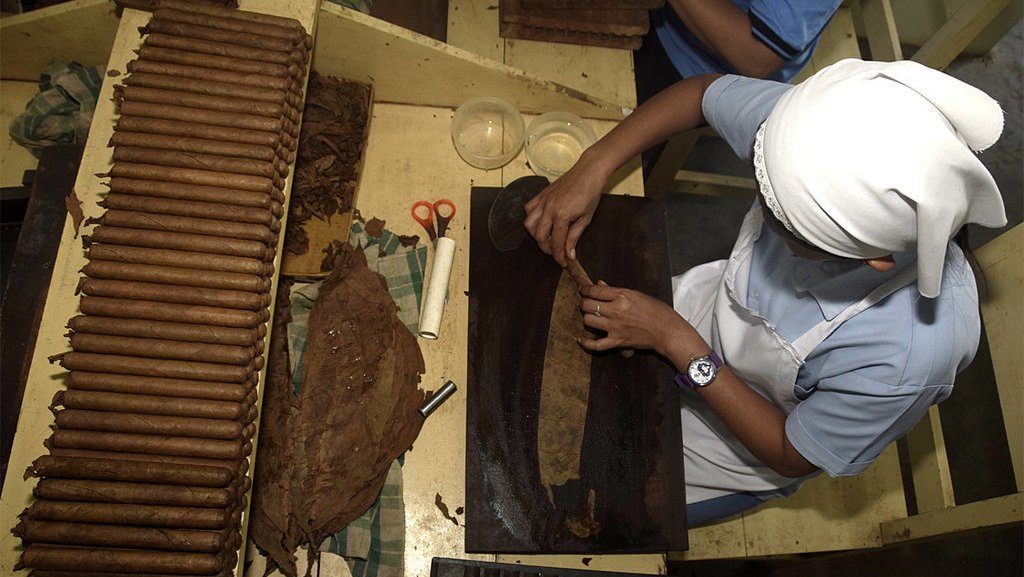 Then the moment Eureka appeared in Kahar’s head. He finally embedded the name Boss Image Nusantara as the name of the factory. This factory is one of the new players in the cigar industry in Indonesia. Its flagship product is Robusto, which is made from selected Havana tobacco leaves. “The land is secret. Only a few people know,” Kahar said, smiling.