As the sixth largest tobacco producing country in the world, it is certain that this tobacco plays an important role in the Indonesian economy.

Tobacco is the fulcrum for hundreds or even thousands of Indonesians to survive. For it is that valuable, an area in Central Java, Indonesia, has a special ritual for celebrating tobacco harvest.

Tungguk tembakau, that’s how the locals call it.

‘Tungguk’ means picking, and ‘tembakau’ is the Indonesian word of tobacco. Tungguk tembakau is a tradition that is held when the tobacco harvest period begins (usually held around the beginning of August).

Held by farmers in the slopes of Mount Merbabu, precisely in Senden Village, Selo District, Boyolali, Central Java, tungguk tembakau ritual is a form of their gratitude before starting the tobacco harvest.

The ritual begins with a parade, in which the people carry certain foods in big trays arranged like mountains; they call those mountain-like things as gunungan.

The parade route starts from Senden Village Hall to the cemetery at the Gunungsari historical site which is on the hilltop at the foot of Mount Merbabu.

Complete with wearing traditional clothes, the residents have to walk uphill for almost 2 km.

Arriving at the historical site, tobacco farmers and residents will carry out rituals and offer prayers in gratitude for the farmers’ efforts for six months, starting from the period of cultivating land to the tobacco harvest, which is paid off with such abundant harvests.

After that the residents and tobacco farmers will eat together. Usually, there will be officials attend this event and give some speeches. The next agenda after the speeches and remarks from the officials is struggling over cone done by the representative of each hamlet.

The residents will be very enthusiastic in fighting over cone. They believe that there will be abundant blessings and fortune if they succeed to take the cone.

Some of gunungan, including gunungan of tobacco leaves, gunungan of crops, and gunungan of yellow rice will be brought down the hill.

The gunungan usually will be directed towards the village yard that is located in Brajan hamlet, Senden village, the main location for the tungguk tembakau festival.

The series of tungguk tembakau activities is also enlivened by a number of artistic performances.

This annual agenda is a kind of gratitude to the Creator, a hope of prosperity for the tobacco farmers, and a manifestation of the nation’s value, which is mutual cooperation.

Aside from being a tradition, tungguk tembakau is expected to be a tourist attraction in Boyolali especially in the Selo area, because of its unique performances. This tungguk tembakau is a true evidence of the beauty of Javanese culture that can be such a glue of brotherhood.

What do you think? 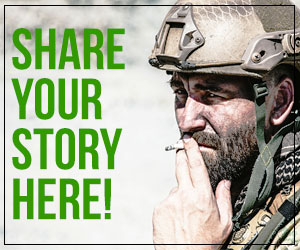 Note also that it is unlawful to even attempt to purchase cigars below the minimum age.